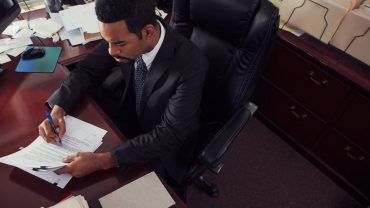 You are facing a criminal charge in Nashville following a brief drinking session among the many clubs along the Honky Tonk Highway, central Nashville’s main road. You are sitting in a cell at the Criminal Justice Center, thinking about what you should do next. Which lawyer should you get? Will this be classified as a felony or a misdemeanor? Will you go to court?

Know what to expect if you or someone you know is facing a criminal charge and need the help of a Nashville Criminal Defense Attorney.

Any of these law enforcement authorities—the Tennessee Highway Patrol, the Davidson County Sheriff’s Department, or the Nashville Police Department in Nashville—will arrest you. They follow a particular set of guidelines and protocols when investigating, and this includes reading your Miranda rights. Next, the officers will either send you to prison for booking or release you with a pledge to report at a future date.

There are two options; you can walk free either they will release you on your account, or you will need to post a bond. Bond is compensation you have to pay to be released from custody while awaiting trial. You need to pay 10% of the total value of the bail the court sets for the case so you can be released.

After the arrest, the officers will send the complaint to the Davidson District Attorney’s Office for examination. The court will determine what the allegations against you are expected to be. For many types of felonies, the time limit to prosecute you stretches from two to eight years based on the felony classification, and in most instances, the limit is one year.

The first court hearing is called an arraignment that takes place at the Nashville courthouse. The judge will inform you of your fundamental rights, provide you with a summary of the allegations against you. They will inquire if you want to be assigned a Davidson County defense lawyer, but you can also hire a Nashville Criminal Defense Attorney of your own. You will also declare how you plead. The judge will then schedule dates for the trial.

Being arrested and charged with a Nashville felony is a significant concern. A guilty verdict may cause the loss or restriction of individual constitutional freedoms, such as voting rights and the right to own firearms.

There are classes (A-E) of criminal offenses, with punishments varying from one year to life imprisonment or capital punishment. Any person accused of a felony should speak to an experienced criminal defense lawyer.

After the preliminary proceedings, the case will be at an initial hearing where the court will listen to the prosecution and evaluate whether there is sufficient proof for the case to try in court. When you are “bound over for trial,” the prosecution will get a second hearing at the circuit court level. It is where the circuit court judge will notify you of the allegations against you and evaluate the bail. Then, the case will schedule a pre-trial session.

You can enter a plea bargain at the pre-trial session where you will be required to give up your opportunity for a trial by jury. You will then plead guilty or no contest for at least one charge. The case will then be forwarded to the probation unit for a “pre-sentence report” and proceeded for sentencing.

Misdemeanors are less severe than federal crimes, but understand that a guilty verdict or plea agreement may have consequences outside the courthouse, such as immigration and potential employment ramifications.

There are three categories of misdemeanor crimes in Tennessee: Class A, Class B, and Class C. Class A offenses are the most severe, with a maximum sentence of 11 months, 29 days in prison. Class B crimes can land you in jail for up to six months. Conversely, Class C prisoners get sentenced to 30 days in prison.

Nashville offenses involve harassment, trafficking, public indecency, reckless endangerment, driving under the influence, robbery, and several other crimes. In a misdemeanor, you are not likely to have a preliminary hearing. You are just going to have a pre-trial meeting, and if you cannot enter a plea bargain, you will undergo a trial.

You should employ a criminal defense lawyer if you are accused of a crime. In most cases, you probably want to use the help of a defense attorney once the authorities interview you. Both forms of offenses, including misdemeanors or felonies, may lead to severe penalties. These sanctions include steep fines and harsh sentences, so you should avoid them at any cost.

The competent defense lawyer understands the value of winning in a court proceeding, providing you the most definite possibility of a positive result. Whether you are dealing with substance possession, assault, harassment, or murder, a defense lawyer can help.