An Apple a Day Keeps Cholesterol Away 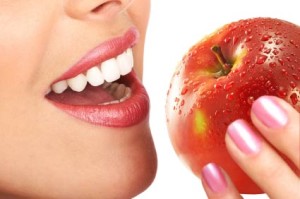 The U.S. around the apple action against cholesterol, found that daily consumption of an apple led to the reduction of the oxidized form of bad LDL cholesterol. The survey lasted 4 weeks and the researchers gave middle-aged or a apple day or polyphenols (natural antioxidants) of apple in capsule form, or a placebo pill. The results of the survey showed that the apple, and not so much polyphenols in capsule form, managed to reduce the oxidized form of LDL cholesterol by 40%. The LDL cholesterol builds up on the inner walls of the arteries, creating atherosclerotic plaques and ultimately stenosis, and is considered one of the major risk factors for heart disease.

This action of the apple polyphenols mainly due to it, but it appears that polyphenols alone do not have the same effect as a whole apple. One possible explanation is that the apple are various other components which act synergistically in the treatment of cholesterol, thereby reducing the risk of developing atherosclerosis and the risk of cardiovascular diseases. Also, the absorption of polyphenols from the body is greater when consumed along with the apple than by themselves.

According to the researchers, the effect of apple against cholesterol is greater than the antioxidants and other foods , such as tomatoes and green tea.

Antioxidants are natural components of the foods, which inhibit the oxidation, which destroys the cells and interfere with the normal metabolic function. Fruits and vegetables are rich in antioxidants and fortify the body against the destructive action of free radicals and oxidative their action. Antioxidants seems reduce the oxidation of LDL cholesterol, and inhibit the action of the creation atherosclerosis.

This research is encouraging for the treatment of cholesterol, since it leads to a simple dietary intervention in our lives, such as eating an apple a day can reduce the risk of developing cardiovascular diseases.

Other studies on the beneficial effects on cholesterol apple confirm the above results and supports the view that an apple a day is an important step in reducing bad cholesterol.

So Eat an apple a day to enjoy the action against cholesterol and beyond.