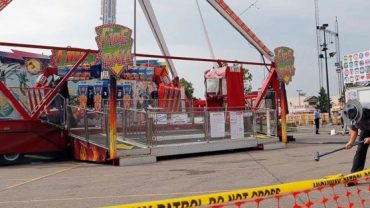 One person was killed and seven others were injured when a row of seats broke from the structure of a carousel in Ohio, according to police officials.

The tragedy occurred Wednesday at an agricultural fair in Columbus.

Firefighters told local media that the person killed was an 18-year-old man.

The victim was propelled into the air and landed approximately 15 meters away.

The wounded were transferred to hospitals in the region, according to the same officials.

The seats in the Fire Ball carousel involved in the accident are placed in a circular configuration at the end of an arm that sweeps the seated persons in a pendulum motion.